An illustration for my blog with Matt: 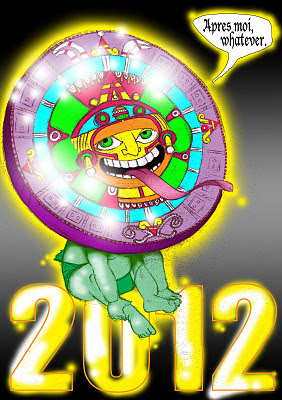 For those not in the know, Matt's also an illustrator. We have a blog where we take turns creating pieces, a kind of conversation back and forth. We've recently recommitted to it, so 2012 should be pretty interesting over there. Check it out by clicking HERE.

There's also some new clothing designs in the store, so check those out by clicking HERE. As always, if you'd like any of my designs on another item, either on the clothes at Spreadshirt or an item at my Cafepress store (or OwlHenryBaby!) please send me an email and I'll get right on it!
Posted by owl_henry at 12:30 No comments:

Oh hi, blog! Contrary to appearances 'round these parts, I've actually been creating some things here and there. There's a few videos to check out on YouTube, for example, including the latest Zombie! installment, Zombie 3!!! 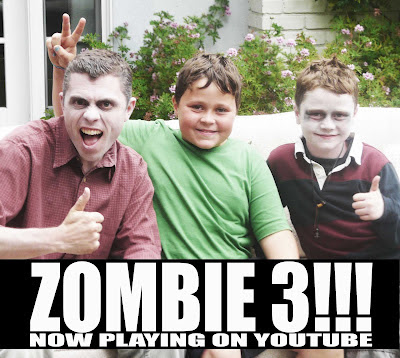 This one stars my good friend Marianne and her super-talented kids, as well as a special cameo. There's also a new Morty, where the ancient thespian responds to some fan mail: 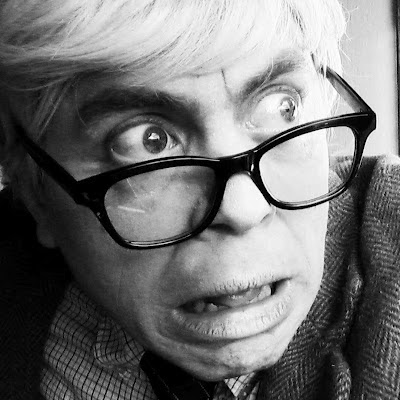 This is a Halloween image I made and never used for anything. It was a real struggle to get him away from looking like Abe Sapien from Hellboy, and the end result feels like "Abe Sapien's demon cousin, Lyle":

This is my Christmas card image for 2011: 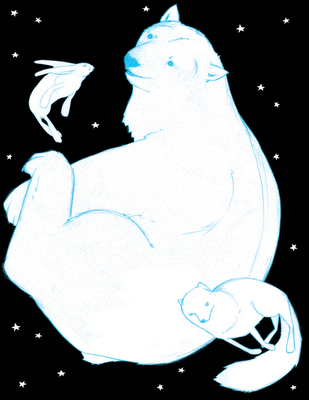 I don't really know where it came from - I wanted to draw a polar bear, that's what I started with. I thought maybe a couple of bears dancing around in the snow, and then the fox and rabbit wanted to get involved, so...here they are.

A friend recently had to put his little rat friend to sleep, so I drew this for him: 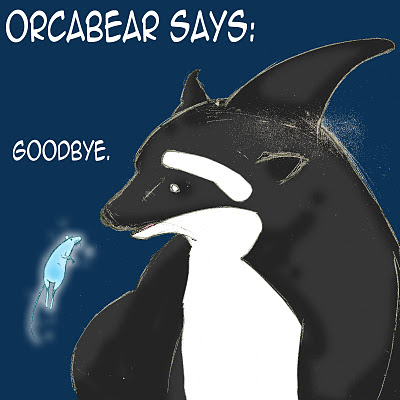 It's kind of a long story, so I'll let you just appreciate the image.

And for those of you who don't know, I have another blog with my friend Matt, a very talented creative type in Los Angeles, and we've renewed our commitment to that project, so look for more stuff specifically created for our GooBlog in the new year. Read our new mission statement by clicking here.

There's more stuff coming down the line in 2012, so stay with me! And if you're reading this, thank you for taking the time, and I hope 2012 brings a whole bunch of great stuff to you. Happy New Year, all!
Posted by owl_henry at 14:40 No comments: