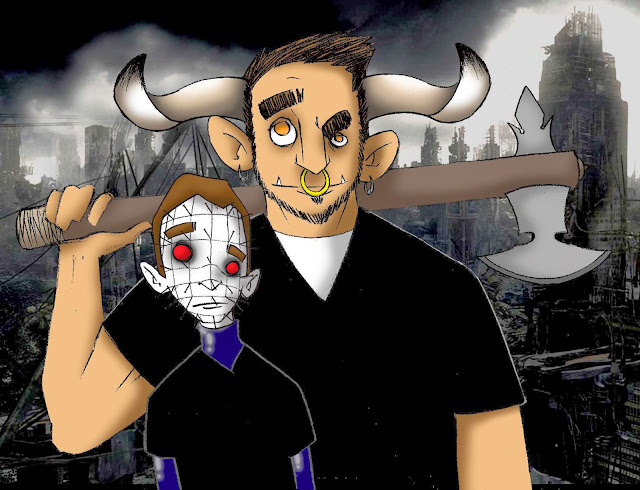 Two very dear friends from my grad school days are quietly raising your new favorite presidential candidate in Bakersfield, CA. Yesterday she celebrated her first birthday! Below is the invitation I was commissioned to make for the celebration. If the party was half as delish as the lovely Lillian, I'm sure it was the party of the year. Where were you?? 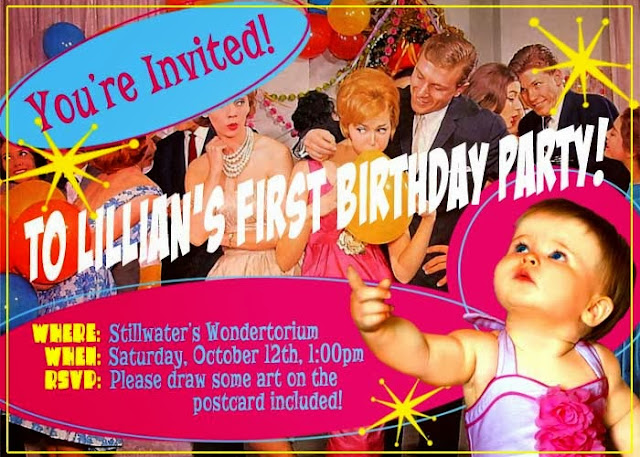 Two images of myself I recently created for my Facebook profile, which has become my artistic medium of choice. The first is my yearly tribute to Halloween and the best month of the year. The second is me as the vaguely-psychotic nursing student I've become. Below those two are some photo references I used. Happy Fantastic, all! 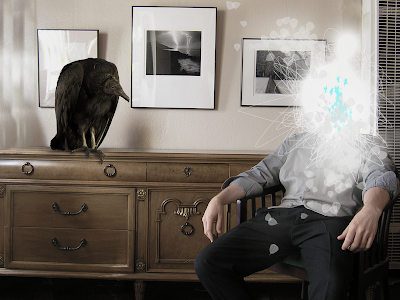 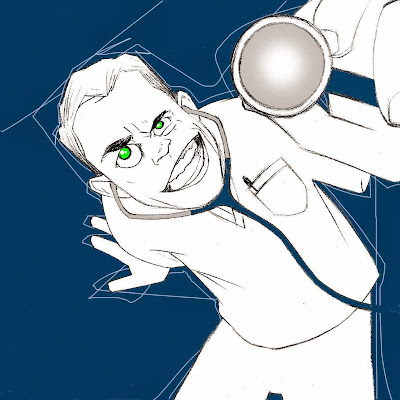 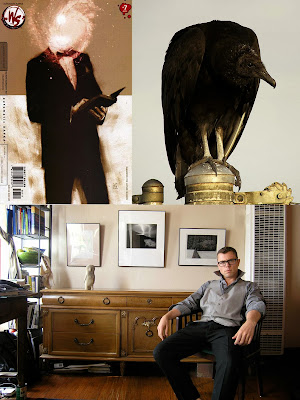 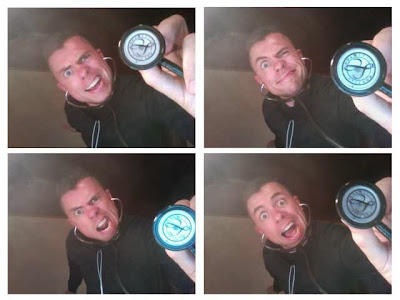 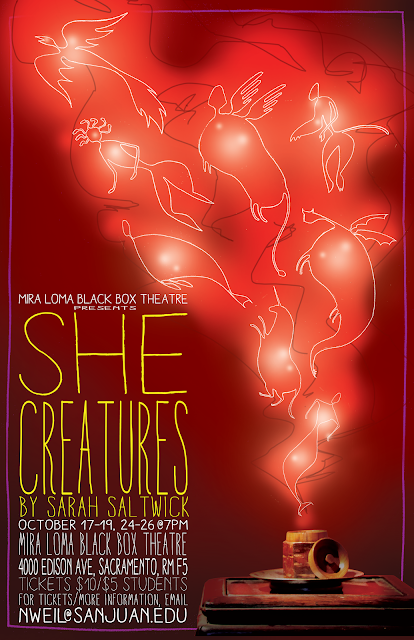 Another year, another show poster project for my high school teacher friend! This year she's directing a play called, She Creatures, and my main objective for the poster was "KEEP IT SIMPLE!" I have a real problem with this, year after year. Last year's blowout for Dr. Horrible was a lot of drawing, a lot of layers, a lot of time spent. My own fault - I have a specific vision, but I don't work very fast, and there's probably shortcuts I could be using in Photoshop. The big nightmare was Midsummer a few years ago - man, that was epic. But ultimately, I was really, really happy with both of those.

She Creatures is a somewhat abstract piece involving various mythological creatures climbing out of Pandora's famous box into their individual vignettes. A phoenix, a gorgon, a sphinx, a shapeshifter, a dragon, a selkie, a unicorn, and a mermaid all have their uniquely-realized scenes. I made the beasts into primitive cave drawings, which I think makes them more mysterious - a sense of the familiar and unfamiliar at once. The light bursts around them make them look a little like constellations, and I like that (unplanned) aspect of the piece. The background photo is a room in my mom's house, a bright red wall that felt right, and the box is actually a fancy tea container. I love this design - simple and eye-catching. Boom.